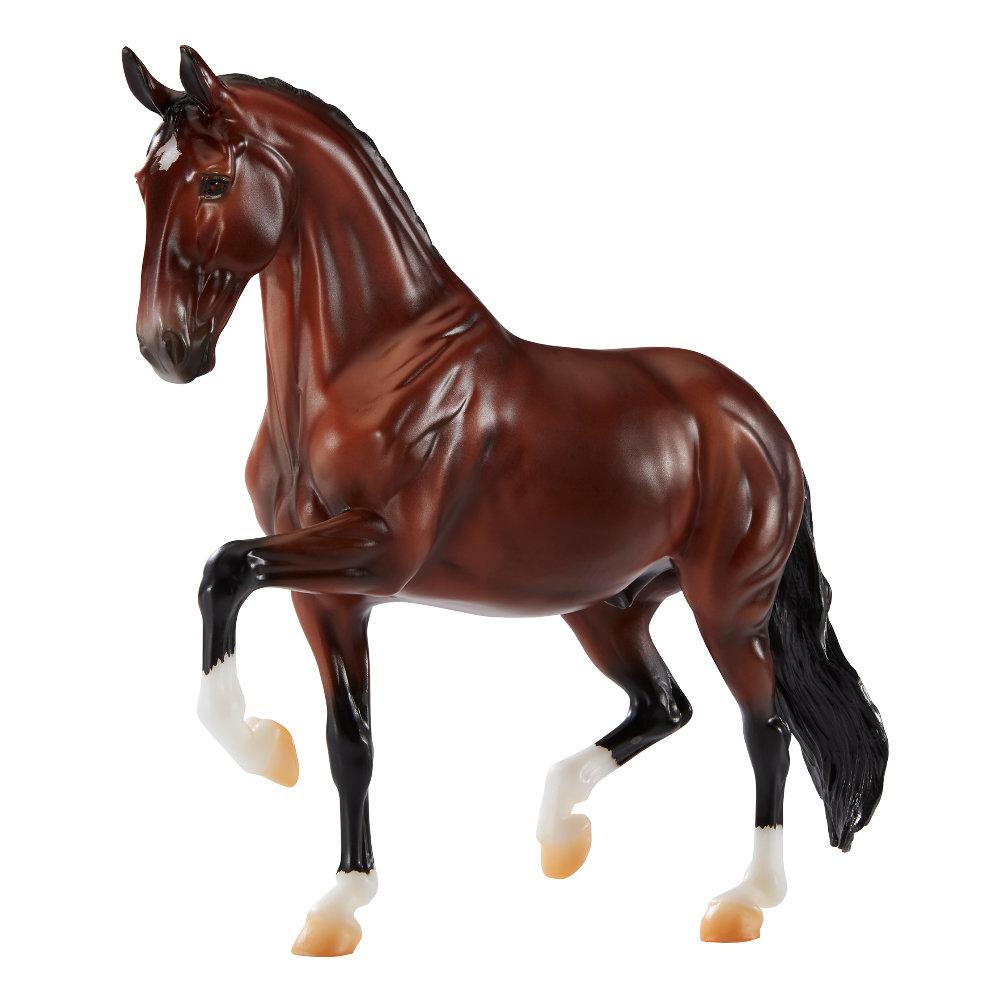 Not born into equestrian competition, Laura purchased the best horse she could afford - a KWPN foal. Training him herself and acting as her own groom, Laura and Diddy formed a strong bond that carried over to the dressage arena.

US Equestrian Dressage Development Coach Debbie McDonald scouted the pair at a show, and began working with them in 2014.

They were then catapulted from being relative unknowns to becoming team bronze medalists in the 2016 Olympic Games - with Laura being the highest-placing US dressage rider!

Their winning ways continued in 2017 with a second-place finish in the FEI World Cup dressage finals in Omaha, and winning the Grand Prix Special in Aachen!

While Laura and Diddy's story might not be typical, their lifelong journey and trust in each other made their incredible achievements possible!

Breyer's Traditional Series (1:9 scale) is a longstanding favourite among children and adults. The Traditional Series offers an unmatched level of realism and attention to detail! Each model is meticulously hand-crafted. Paired with a wide collection of barns, accessories and riders, the Traditional collection will bring the world of horses to life for your customers.