To add to the fun of playing, it can be combined with a range of trailers and trailed implements as well as with twin tyres (BRU02316) and front loader (BRU02317).

Just like all 02000 series tractors, this true-to-the-original tractor can also be fitted with a clip-on front loader and with twin tyres (neither included). The engine block can be viewed when the engine bonnet is opened.

The opening rod assembly can be changed so the tailgate stays closed when tipping. The grain outlet slide can be opened. Tread tyres complete the picture. 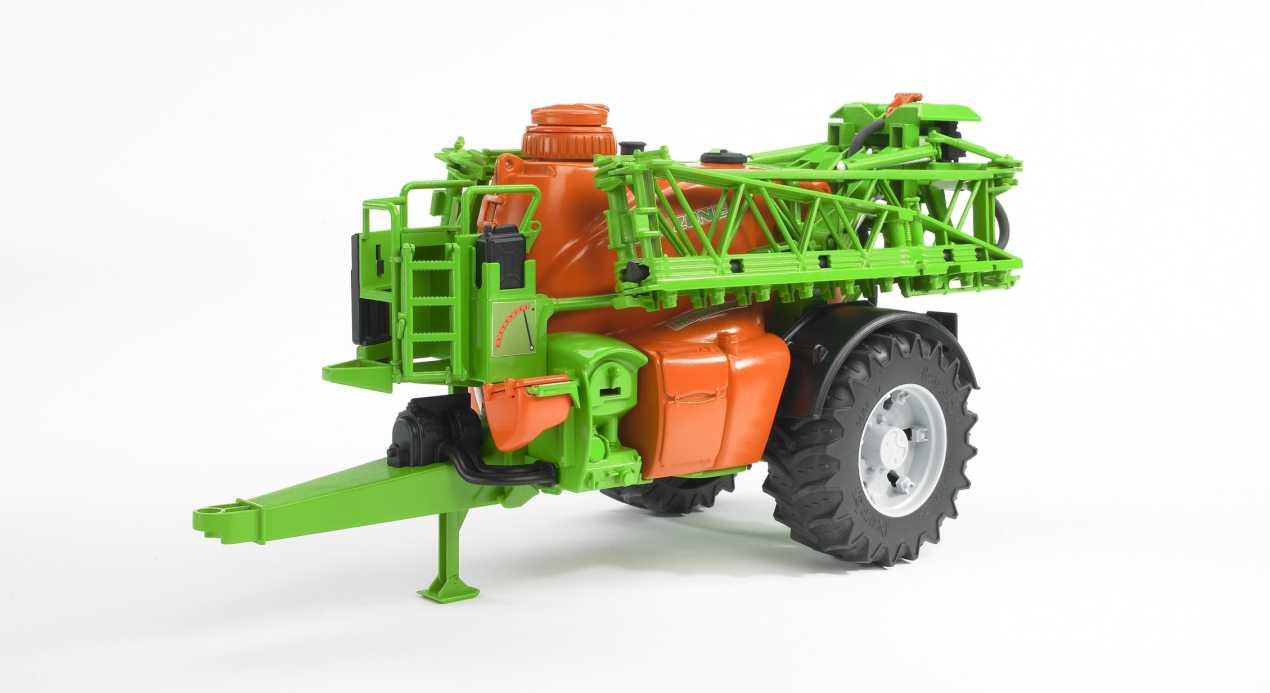 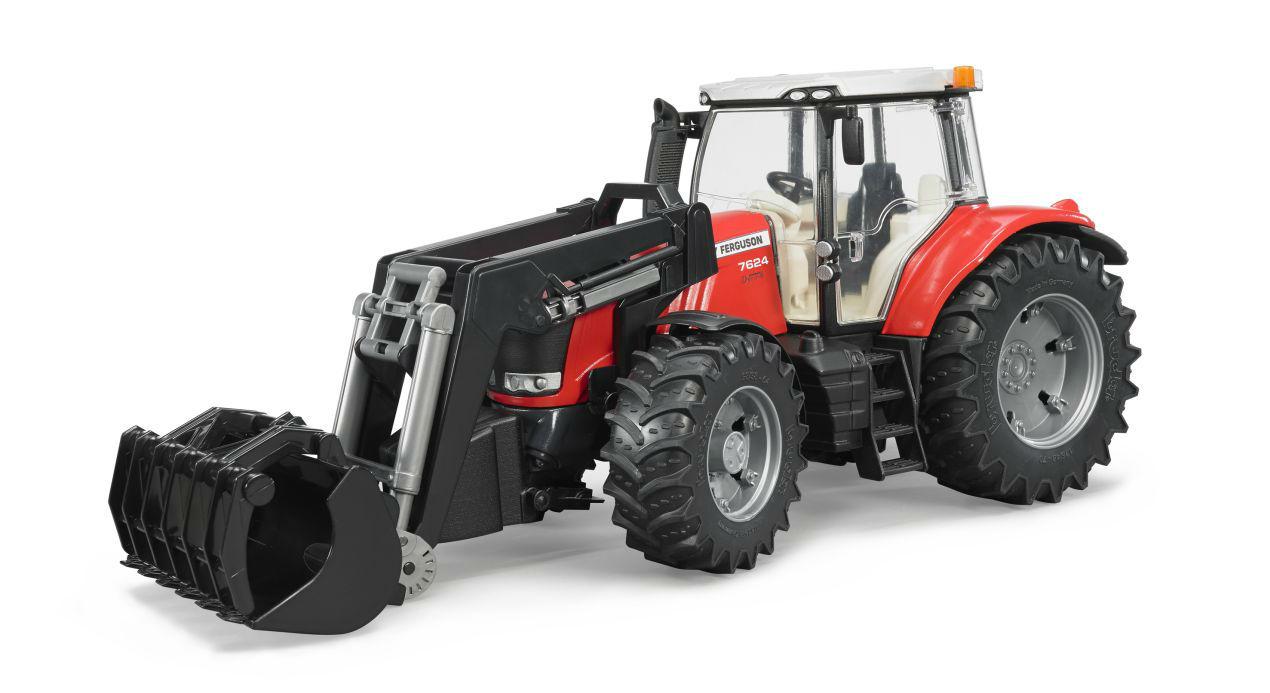 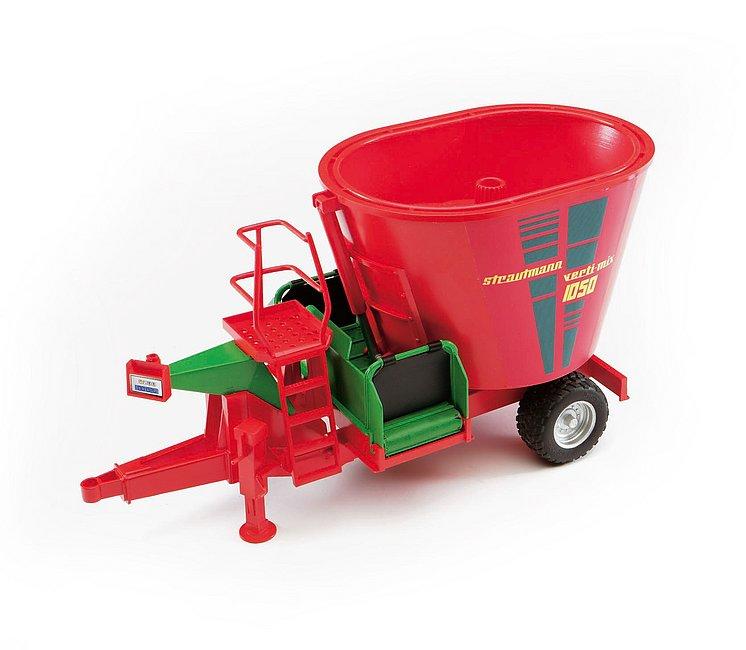