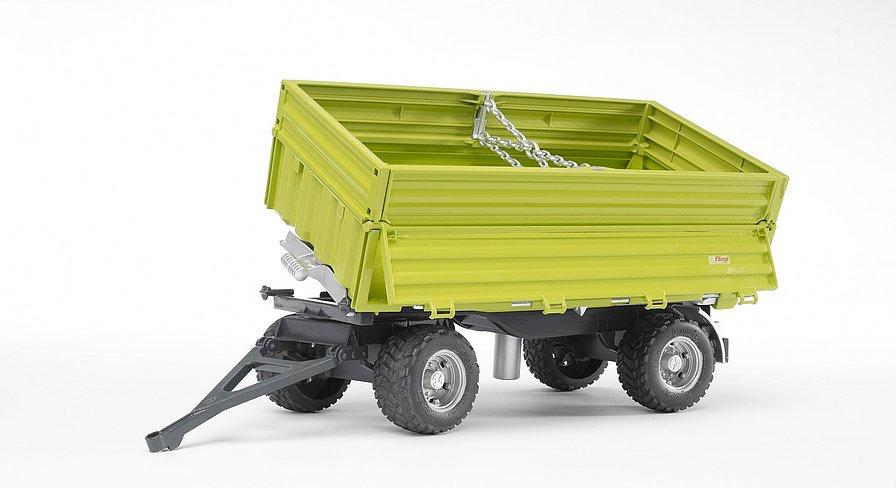 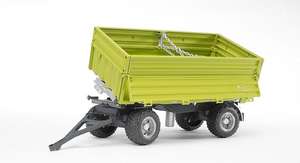 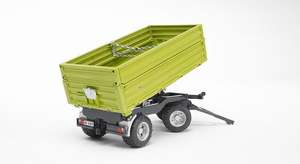 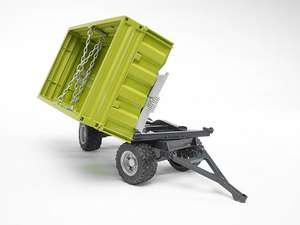 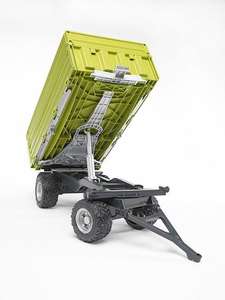 • Can be tipped to both sides and backwards by adjusting

• Top edge can be removed

• Side and back walls are opened from the bottom when

• Side and back walls are opened from the top when the removable top is not attached.

The Bruder Fliegl Three way dumper is one of a kind in the toy segment. Never before has it been possible for children to control a complex trailer that can be tipped to three sides so easily. Our challenge was to meet demands to combine realistic functions with exceptional operability. The front of the trailer has a sliding control for the innovative tipping unit. If you move the control lever to the left, the trailer tips to the left; if you move it to the right, the trailer tips to the right. If you move the lever into the middle, it only allows the trailer to be tipped backwards. Child's play then: set the direction with the control lever and the trailer can only be tipped in that direction. Openable sides attached at the top also form part of a three way dumper.

The little farmers will be smiling from ear to ear as 'just like their role model' they tip the harvest into e.g. the storage silo. The side lock is as simple to operate as the tipping mechanism. There is a sliding lock under the sides on the left, right and back. A little jerk in the open direction is all that is needed and the side is already released.

But wait, there's more to come. The top edges can also be removed. As a result of which the sides can also be opened conventionally with a pivot below on the platform. 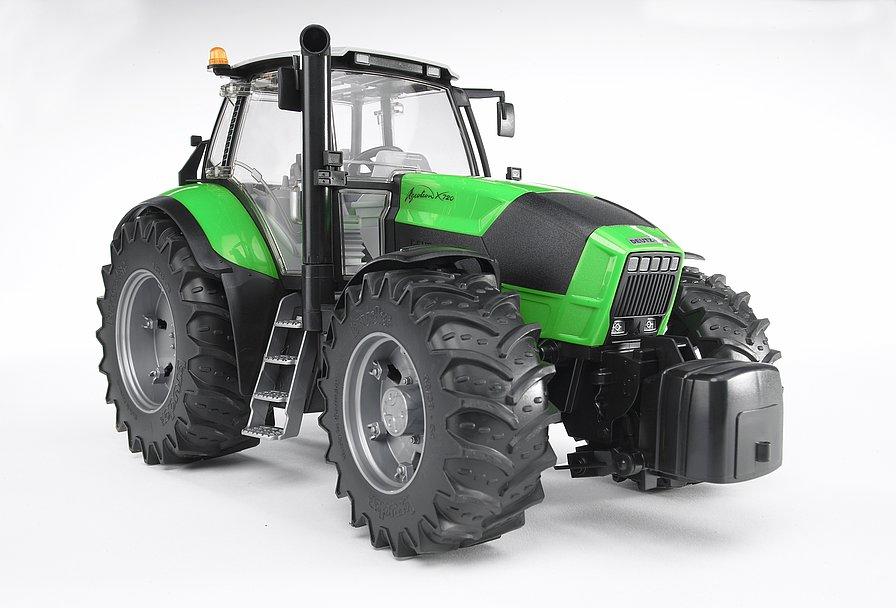