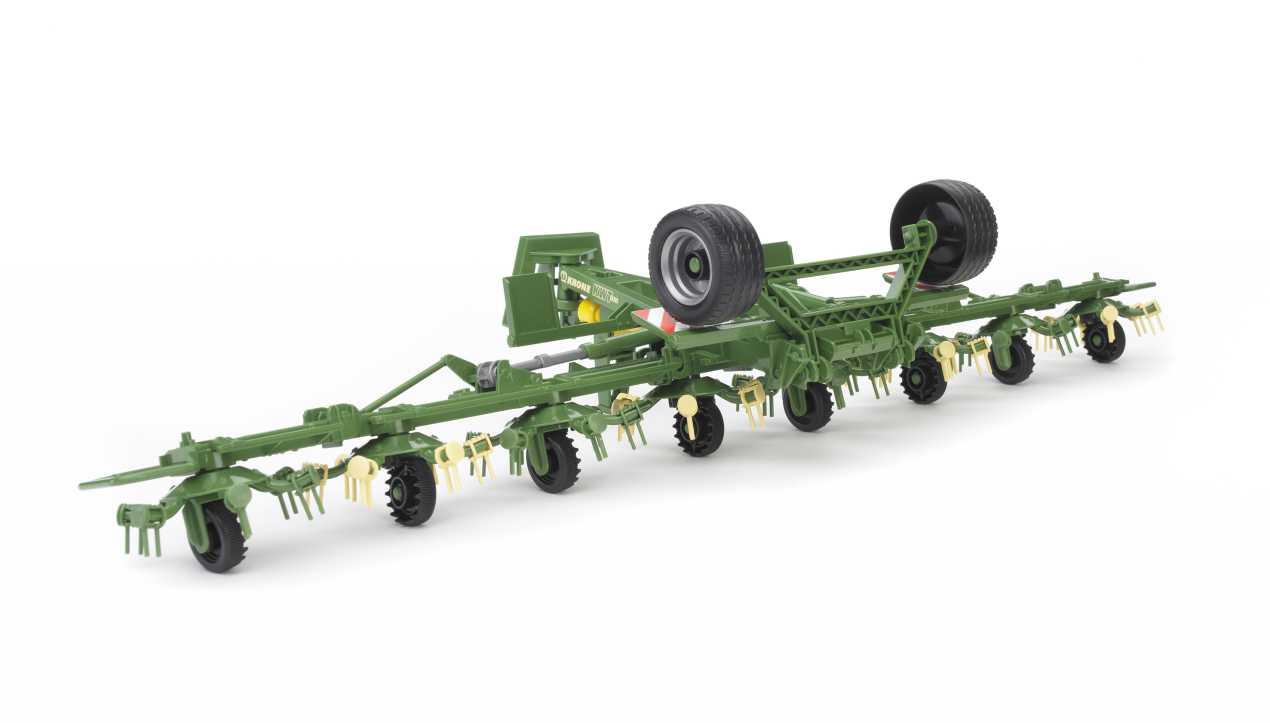 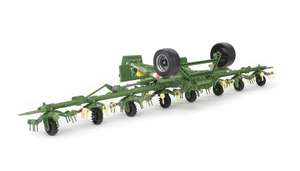 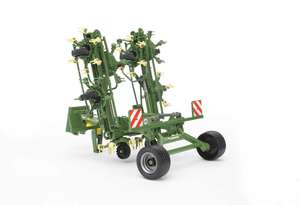 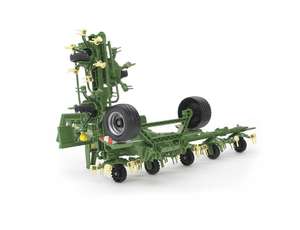 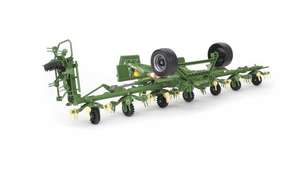 • Colour coding of the counter-rotating implements

• Road carriage can be swivelled down for transport

• Implement beams can be folded into two segments per side

Working in the most effective way possible is of increasing importance in all areas of agriculture. The Krone trailer rotary tedder with separate running gear KWT 8.82 sets the new standard when it comes to grassland cultivation. Thanks to its specially developed beam design, it can also be combined with small tractors and used to cultivate operating widths that are particularly wide.

BRUDER's model of this tedding machine has been modelled on the original down to the finest detail and can be combined with all tractors of the Profi series. Just as in the original, the beam holding the implements can be folded in several places and the road carriage that is folded up during work in the fields can be swivelled down. This ensures quick and safe transport on the road from the work site to the farm and vice versa. The model sets itself apart by its individually powered implements which counter-rotate in pairs just as in the original. The counter-rotating implement tines (rotating clockwise and counterclockwise) have been painted in different colours by Krone. 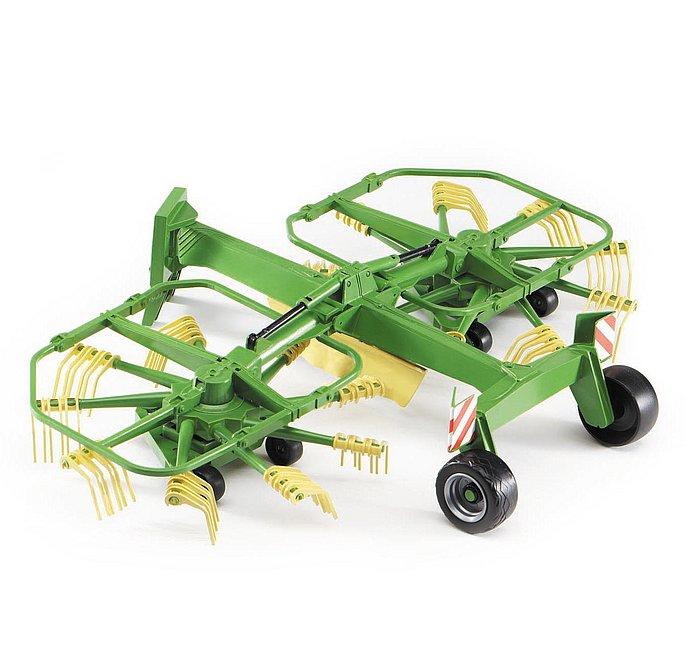 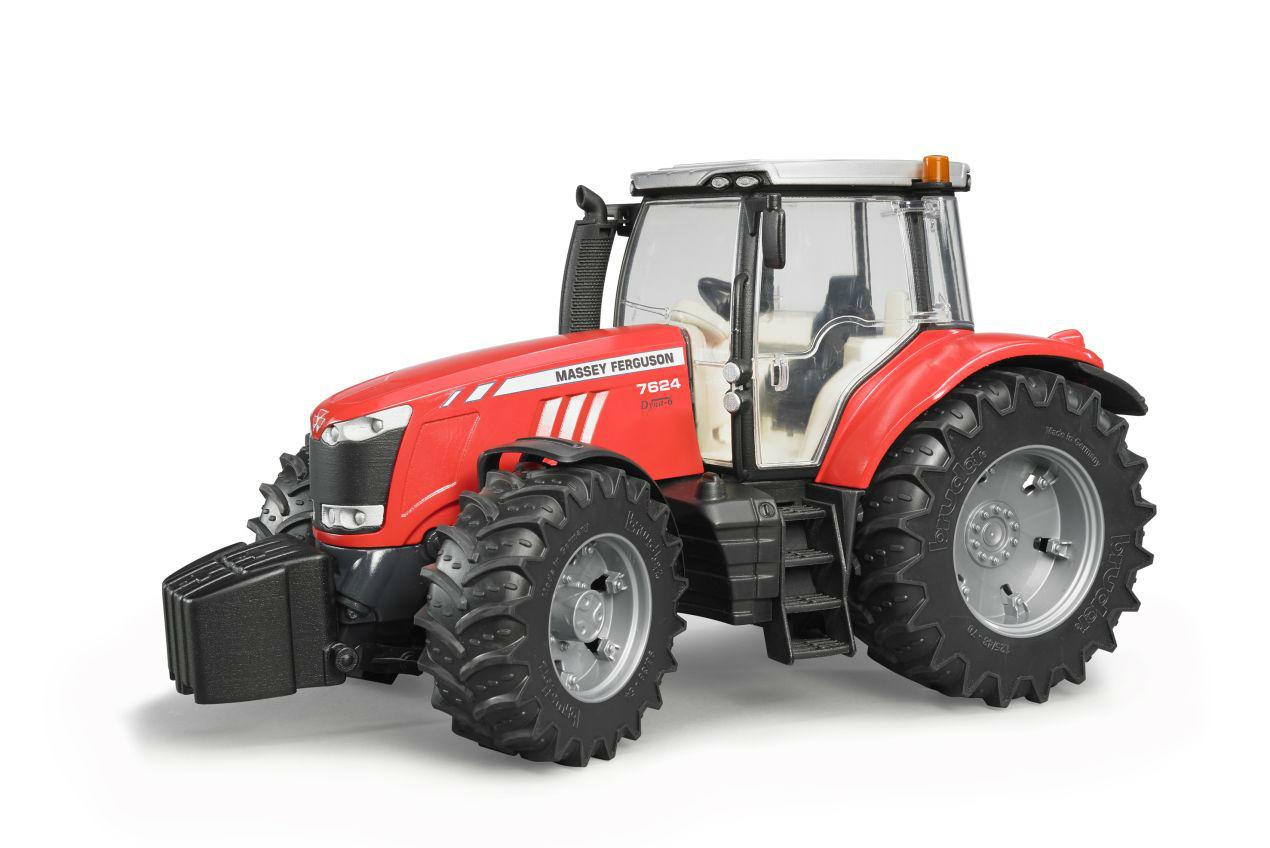 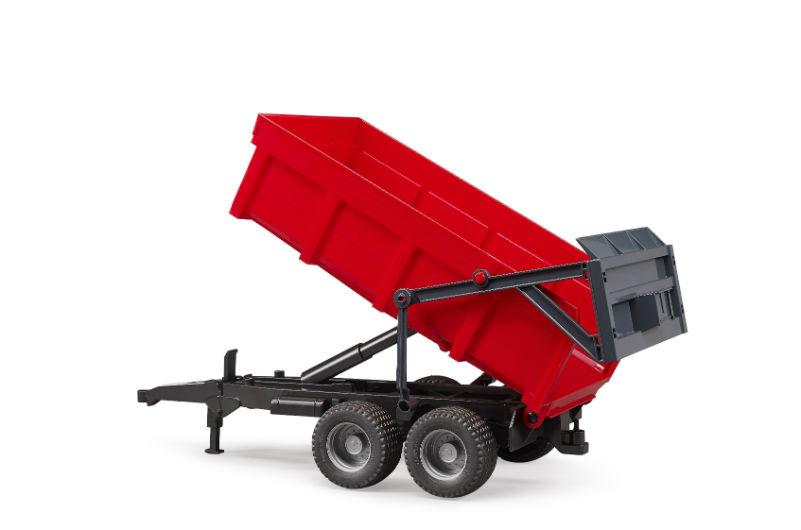