MB Sprinter Municipal with Light and Sound, Worker and Accessories

• 3-sided load gates can be opened

Repairs and maintenance on roads, pavements and in parks are common in every city and municipality. As a result of its size and variable character the MB Sprinter is many municipalities'preferred vehicle for this type of work.

The vehicle features a tilting loading platform and opening side gates. Plug-in ramps have been enclosed to transport small vehicles. The Bruder construction worker including wheelbarrow, tools, signs and traffic cones has also been included so you can immediately start playing. The Sprinter features a Light & Sound Module to increase its visibility. In addition to three different siren sounds, the module can also output the vehicle's engine sound. 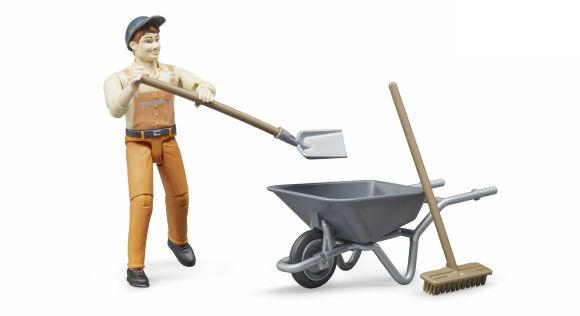