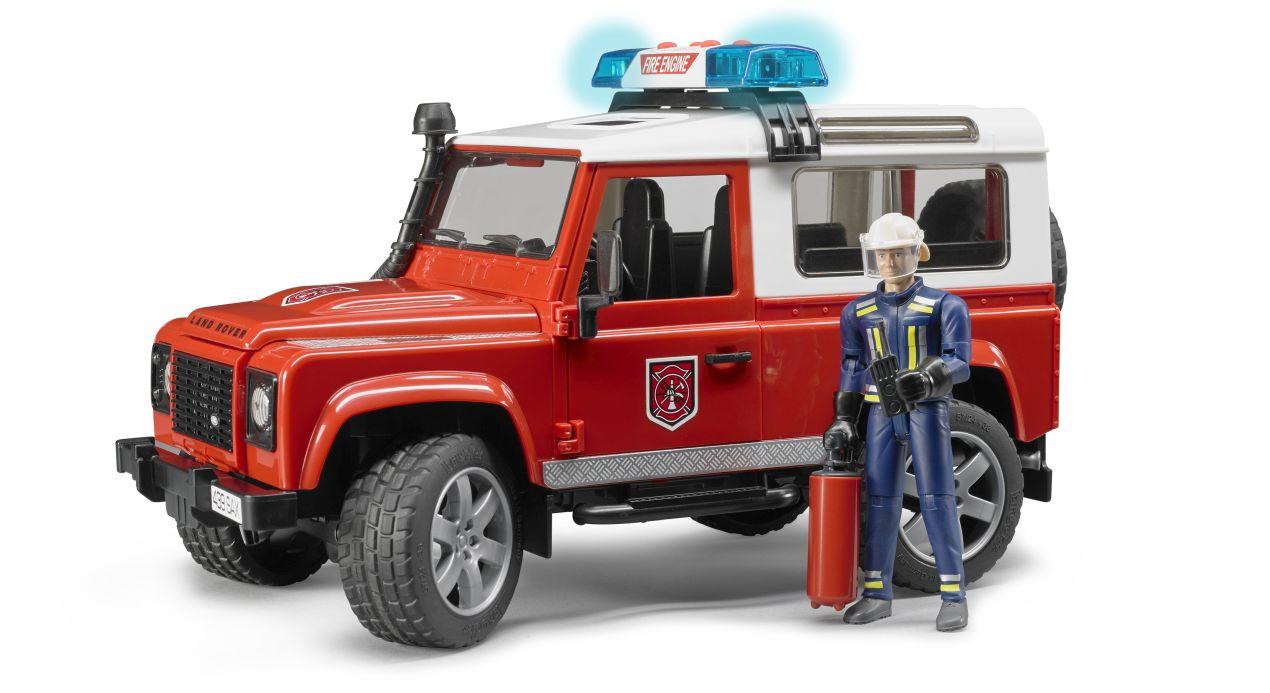 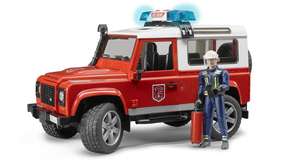 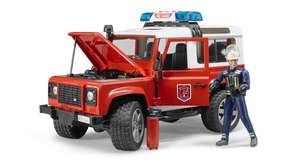 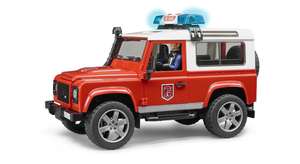 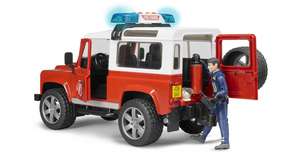 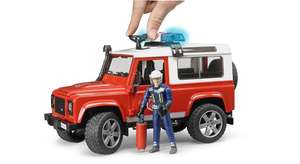 • Spare wheel fixed on the tailgate

The Land Rover Defender is almost unstoppable on its way to an incident. Its off-road capabilities are legendary. Just like the original, this Bruder model features off-road axle suspension. Ackermann steering geometry including a drag link extension through the vehicle's roof enable to realistically imitate incident scenarios. In this process, the fire fighter figure (officer-in-charge) can be equipped with the enclosed accessories. The incident light module including siren on the roof clears the way to the scene of the incident. In addition to three different siren sounds, the module can also output the vehicle's engine sound.

Bruder is a great brand we love it

MAN Fire Engine with Waterpump and Light and Sound 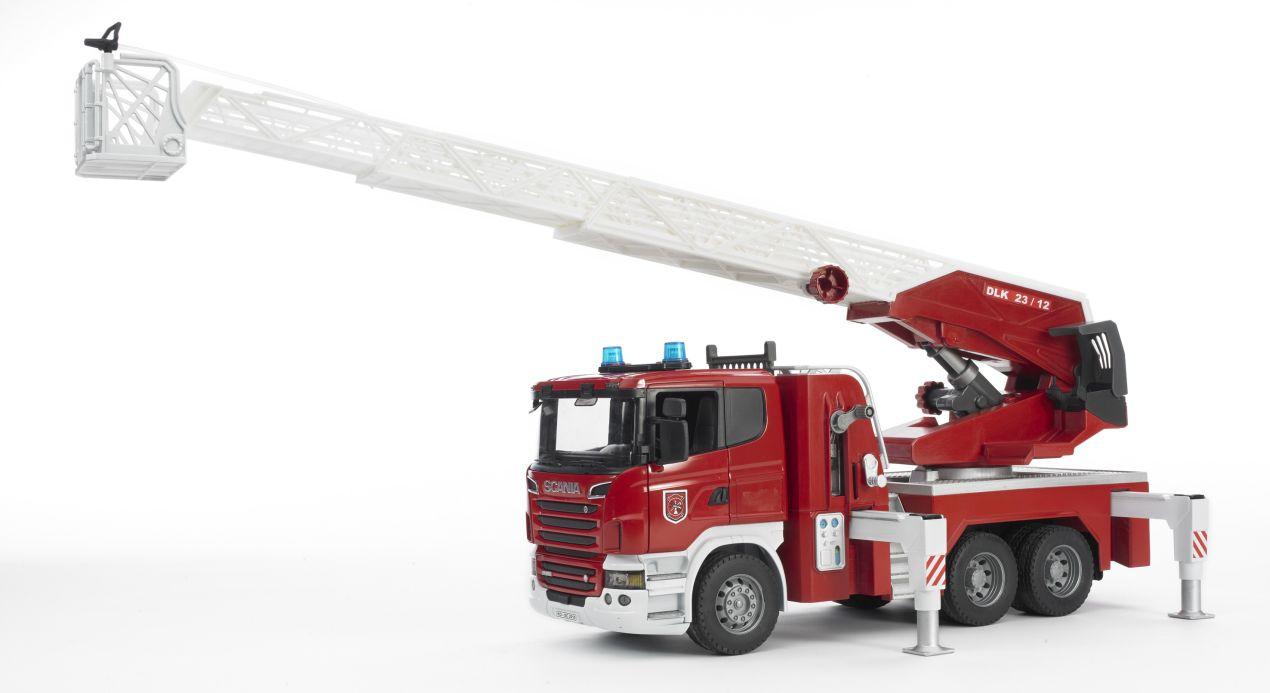