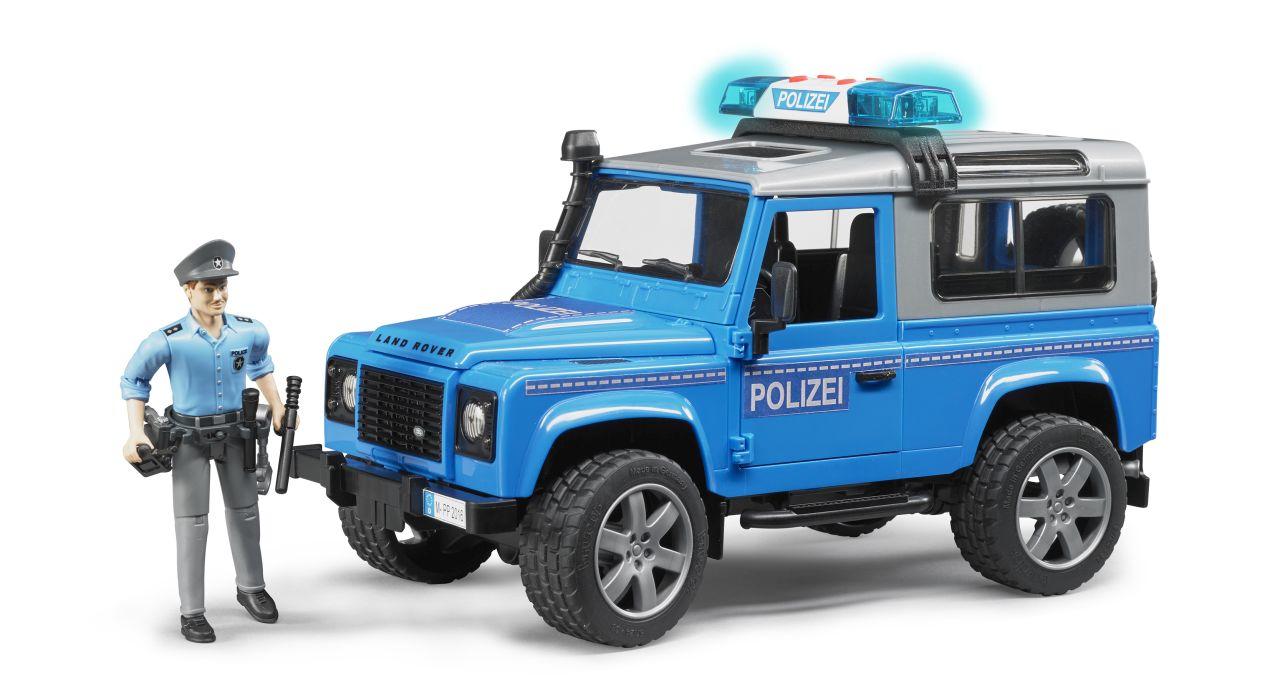 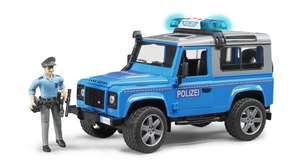 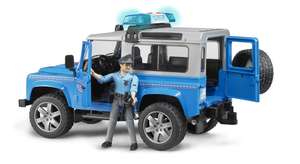 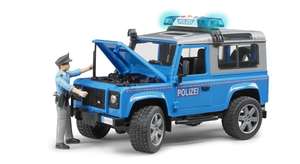 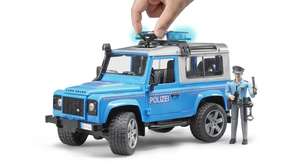 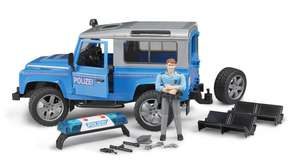 • Spare wheel fixed on the tailgate

Stunning off-road qualities combined with timeless Land Rover design make the police version of this Bruder Defender Station Wagon an impressive and versatile emergency service vehicle. In addition to the opening rear door as well as side doors, the bonnet opens to show off the detailed engine block. The rear seat and the drawbar coupling can also be removed. Suspension on both axles means there are no terrain boundaries when re-creating wild car chases.

The Bruder police officer is fully equipped to reinforce the authority. The waist belt features important tools for day-to-day police work, such as torch, radio device and truncheon. 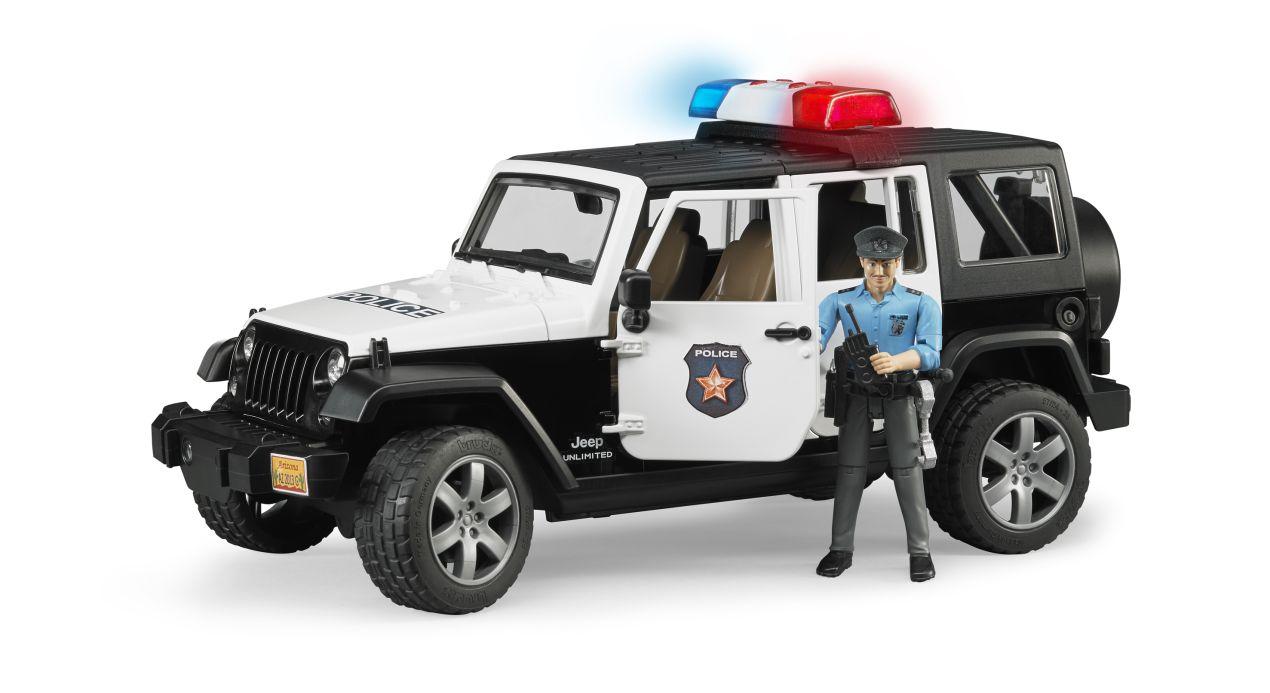 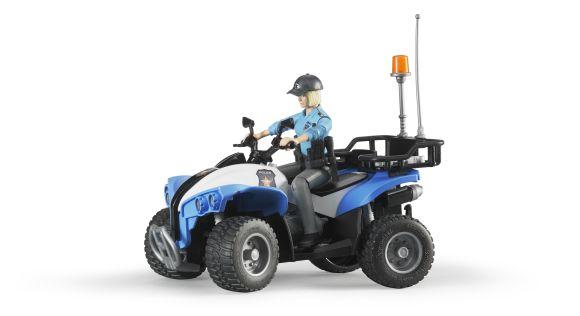 Police Quad with Policewoman and Accessories