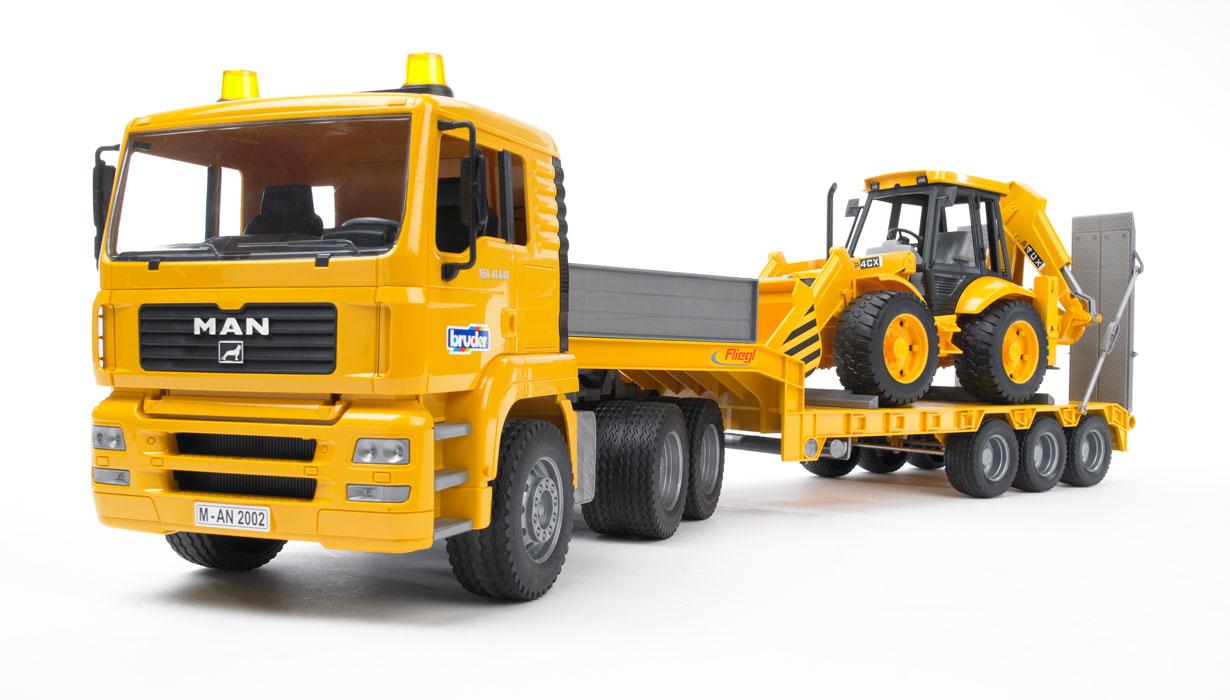 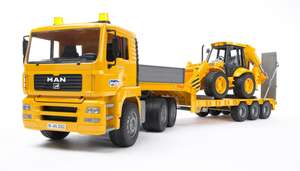 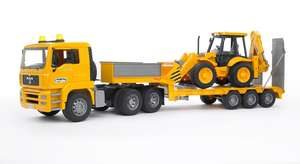 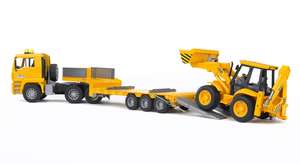 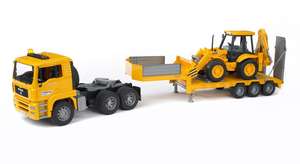 • Driver's cabin can be tilted

• Cabin windows made of transparent and high-quality polycarbonate

Low loaders are frequently used to solve tricky transport tasks such as transporting large construction machinery between construction sites. BRUDER introduces a new vehicle to this model series: the MAN TGA low loader loaded with a backhoe loader, the 4CX, of English manufacturer JCB. This impressive vehicle possesses the known qualities of the MAN low loader such as the fully functional fifth wheel coupling of the semi-trailer, folding supports and drive-on ramps.

The JCB 4CX Backhoe loader can be used for frontal and rear work and the driver?s seat can be rotated through 360 degrees for this purpose. 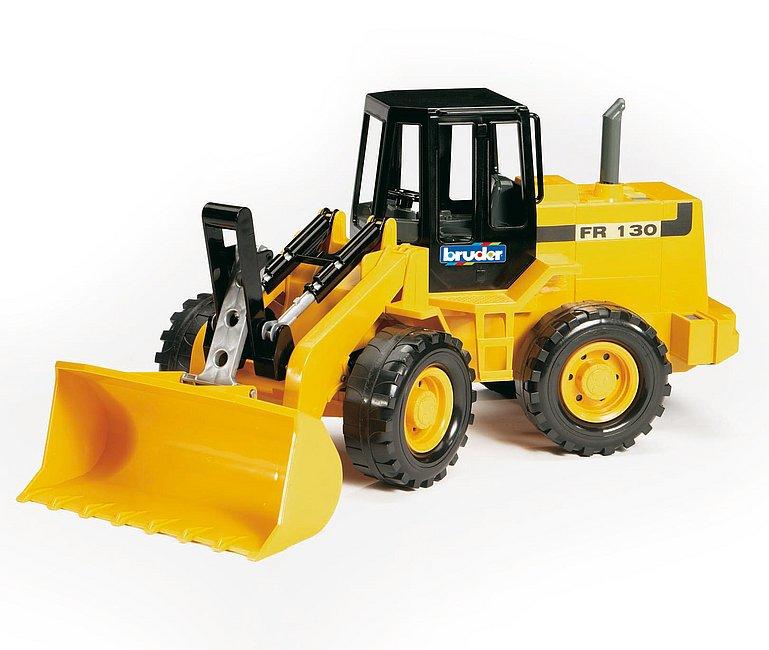 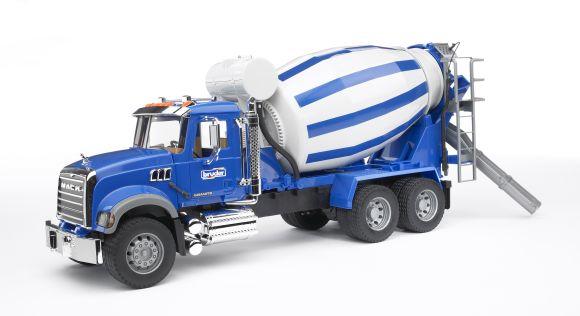