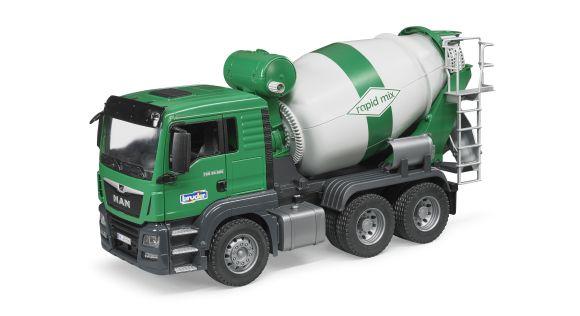 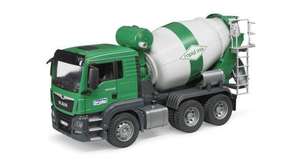 The MAN TGS is the perfect all-round vehicle for construction sites, long-haul deployment and local distribution. Thanks to durable design, featuring powerful engines and providing an over-average payload, this truck is the prototype of the frequently described 'all-round vehicle' with plenty of innovations on board. The Bruder model of the MAN TGS truck mixer at a scale of 1:16 is a combination of the new MAN cab and the redeveloped truck mixer body.

The two-tone cab features doors that can be opened to provide a Bruder figure with a modern place of work. The cab is equipped with an interface to install an optional Light and sound module (BRU02801 or BRU02802). Turn the truck mixer drum using a hand crank installed on the water tank. The drum features one spiral conveyor and mixer and, just like the original, the drum is emptied by reversing its direction of rotation. The spiral on the inside of the drum delivers the load to the discharge chute at the rear. Includes two plug-in drain chutes. One Bruder figure can control mixer functions by climbing the attached ladders. 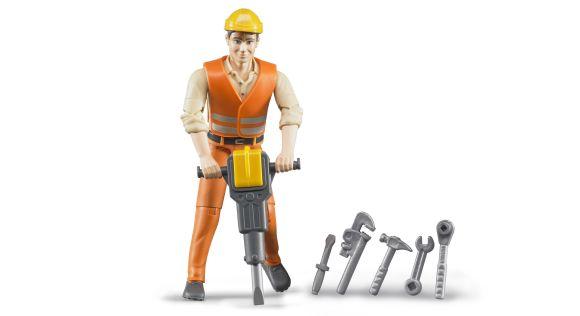