The MAN TGS is the perfect all-round vehicle for construction sites, long-haul deployment and local distribution. Thanks to durable design, featuring powerful engines and providing an over-average payload, this truck is the prototype of the frequently described 'all-round vehicle' with plenty of innovations on board. The two-tone cab features doors that can be opened to provide and BWorld figure with a modern place of work.

The cab is equipped with an interface to install an optional Light & Sound module (BRU02801 or BRU02802). This cutting-edge rear-side loader supplies refuse to the compression chamber housing using two spindles, just like the original. Empty small refuse bins or containers into the vehicle's body. The body is emptied using the opening rear flap that locks in the end position. Two refuse bins are included and an extra refuse bin set (BRU02607) featuring three small and one large bin is also available.

Great product my brother will love it 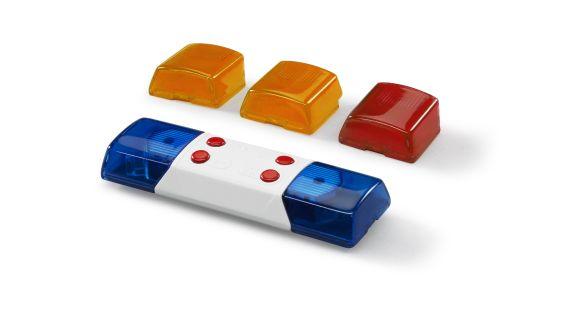