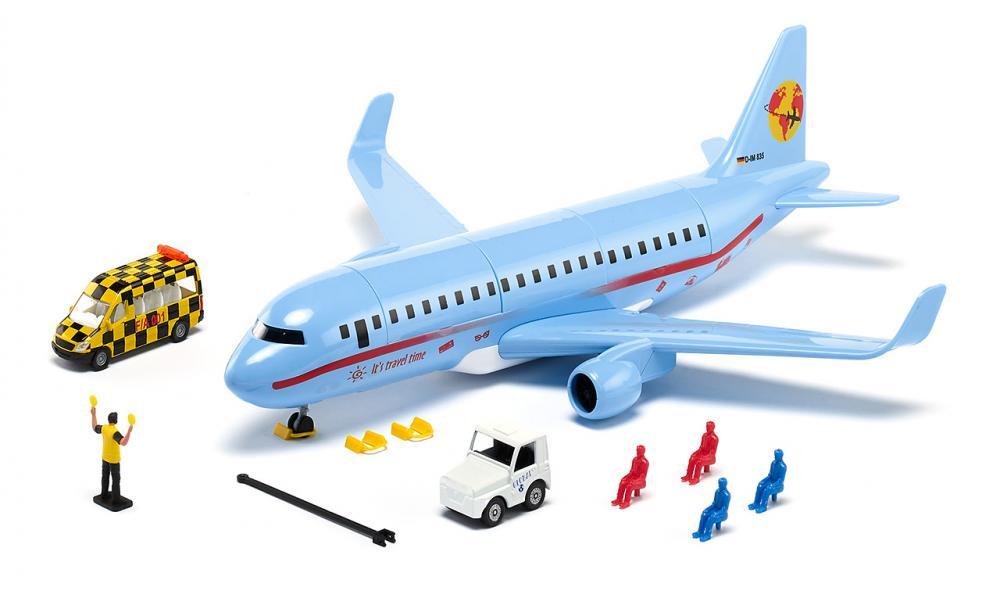 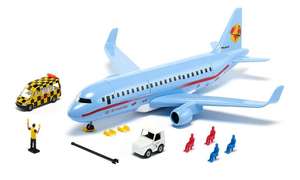 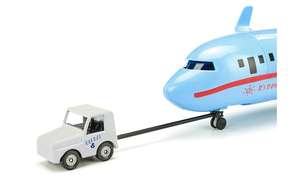 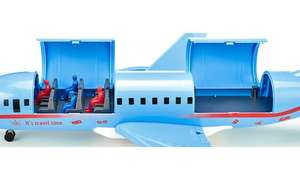 The new commercial aircraft extends the SIKUWORLD with another favourite play subject. Boarding time for flight SW 5402. The large aircraft (38.5 cm) with two powerful engines is ready for boarding. But who is sitting where? The cabin staff just has to raise the front flap in the roof and move the four already seated passengers. The rear flap opens a stowage space for a favourite car, which can be brought along for the holiday. Ready for take-off. The aircraft is at the start position. Full thrust – the plane becomes faster and faster, lifts off, and the undercarriage can be retracted.

Get ready for the landing approach: Lower the undercarriage and switch on the landing light. After ten minutes of use, the light goes off automatically. The aircraft has landed, and now an elaborately decorated follow-me vehicle with flashing lights guides it along the runway. With a jolt, the large aircraft is attached to the towbar of the aircraft tractor. The marshaller directs the driver to the final parking position.

The perfect complement to the commercial aircraft is the new airport set (SIK6312).

There are no reviews for this product.