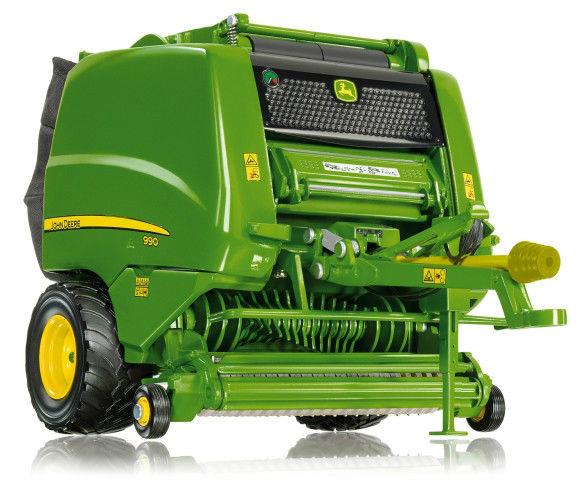 The new fast release system operates using a new ?curtain? system that replaces the conventional bulky rear hood. And WIKING has actually included a flexible ?curtain? on the 1:32 model too, enabling the completed round bales to be unloaded in a matter of seconds ? an impressive mix of equipment!

Tensioned springs are hidden away behind the side panel

The model-making experts from WIKING who have been creating high-end models for more than five years now have also added a level of filigree detailing to the new high-performance pick-up system. The model simulates the smooth intake of the crop at the front and the sophisticated way in which it is fed through the machine for baling. However, the next source of visual enjoyment for connoisseurs of this precision scale is hidden behind the side panel of the baler which lifts up to reveal two tensioned metal springs. These show how the endless belts of the baler are kept under the same tension, just as they are on the original machine. Collectors also get a look at the engraved moving mechanical components of the 990 round baler.