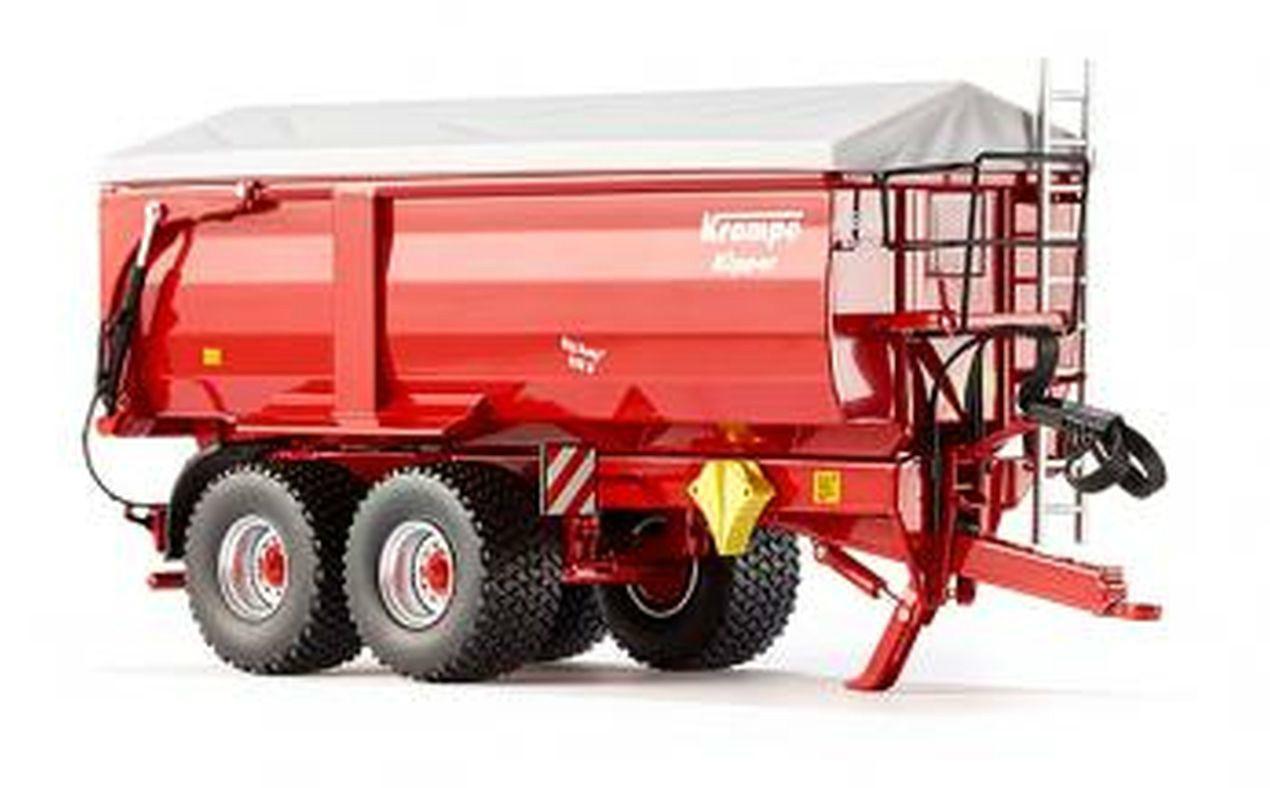 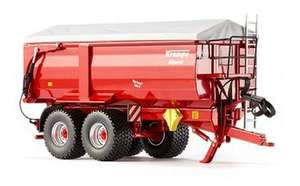 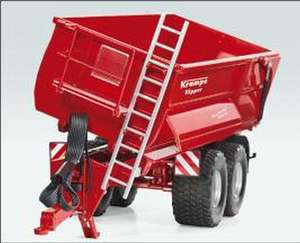 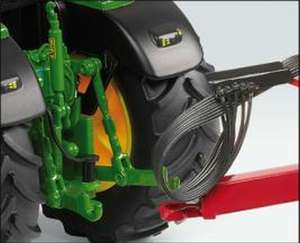 The trailer has a precise side tipping function, which lifts the trough in a true-to-prototype angle. Two flaps on the left side can be opened in order to position the load unerringly to its intended unloading point. By means of pins on the chassis, the tipping function can be switched to the rear unloading function. It goes without saying that the rear flap, including silage discharge chute, is movable. The drawbar is height-adjustable, the support leg can be moved, and the ladder can be removed and positioned at various heights. The rear axle can be steered, so the prototypes high level of maneuverability can be demonstrated just like in the original.